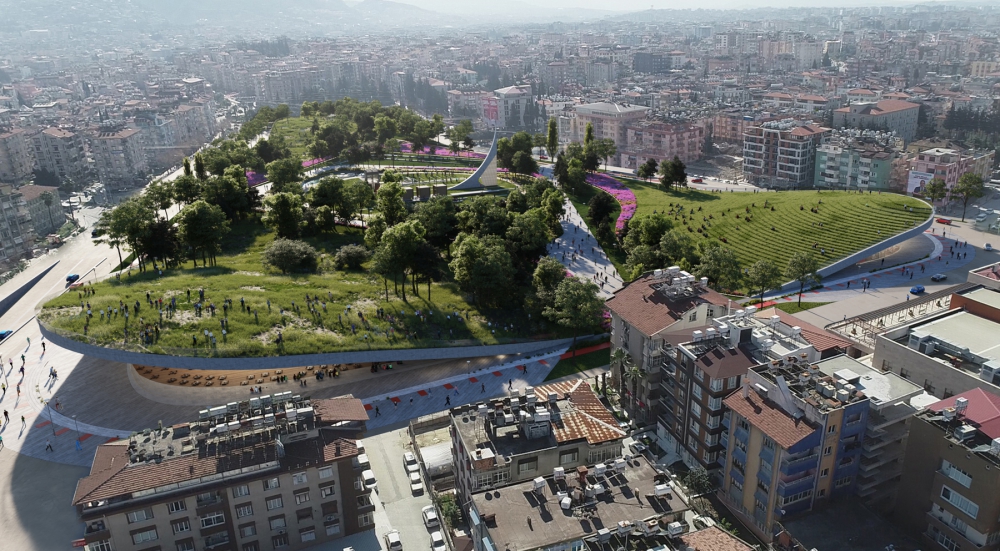 “Nature is not a place to visit. It is home.” Gary Snyder

Antakya Atatürk Stadium, which was built in 1950 and has a current capacity of 6150 people, was closed due to the failure of meeting the current needs and a new stadium was planned to be built in the city periphery. In line with the development of the city over the years, it is aimed to transform the old stadium as a city park due to the intense construction around it.

Considering the importance of the stadiums for the representation of the city's collective identity, this transformation is seen as a very sensitive issue for Hatay, a multicultural city dating back to hundreds of thousand BC. Therefore, for the city, this stadium is not only a symbol of national pride and cultural ideology, but also an object of the recent history of the city.

The desire for preserving social history created a demand for a design with similar ambitions in the place of this stadium, which acted as an interaction center and a meeting point for the city. For this reason, this structure is more than just a stadium for the city residents, but a place where the remains of past cultural practices are vital for the common memories and identities of societies. 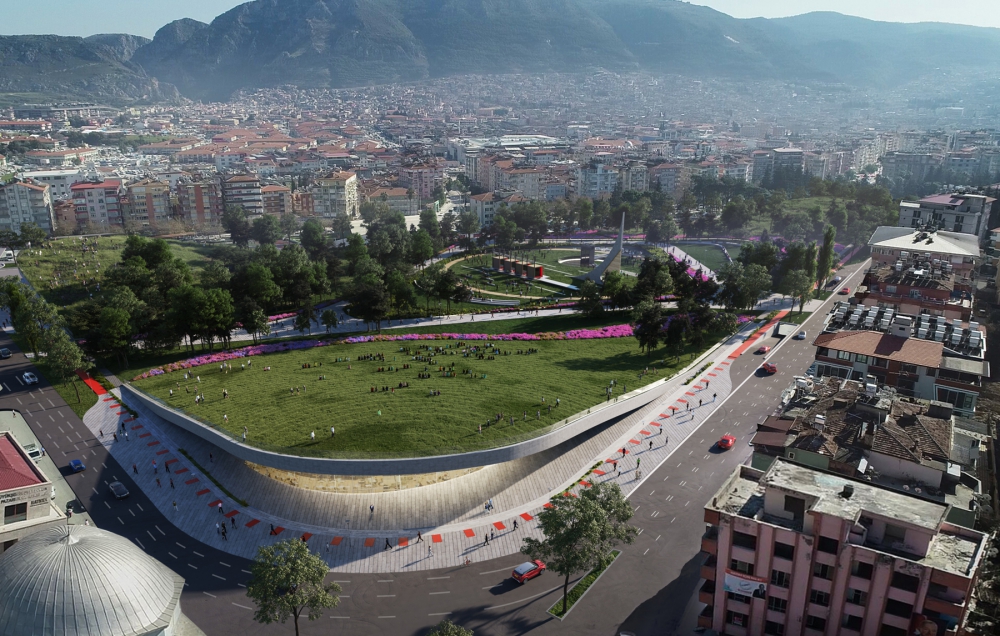 A design approach was introduced by ONZ Architects to preserve the collective memory and to unveil the cultural potential of the city for this very specific site which has historical and cultural importance for the city.

With the “Green Wings” design, ONZ Architects aim to transform the abandoned stadium into an urban park with a cultural hub, to increase the cultural activities in the city and to strengthen the connection between the city and its users.

The main goal of the design can be summarized as to leave the whole area green and to isolate this green park from the dense built environment within an introverted framework. A cultural center, museum & exhibition center and a library are located at each corner of the triangular site where the main square is located at the center. These functions are placed under the “Green Wings” that is created without reducing the surface of the green area.

Green Wings which is formed by curling up the surfaces in three corners of the site, wrap the green park while isolating the visitors from the city’s dense built environment. By doing so, visitors will stay totally alone with the nature. Created land-form will also allow different open air activities through the park. At the three corners of the project site which is located at the intersection of the city’s circulation axes, smaller urban squares are designed and these squares are connected with pedestrian and bicycle paths. In the green area formed by shaping the earth, the visitors feel completely alone with the nature, while the urban squares that are designed around the functions positioned through the perimeter of the site are aimed to enrich the urban life and become a vital part of the main circulation scheme of the city.

The park, which comprises a cultural center, museum & art center, a library, cafes, restaurants, an open plaza for open air activities, and an underground car park, responds to growing demand for an urban hub with an iconic design that will strengthen coexistence and tolerance in a multicultural environment.

The area is completely left to green and all functions are located under the green shell called “Green Wings” formed by shaping the land-form.

Green Wings, which become the roof of all functions in the area and encircle all open spaces is one of the most attractive and visually outstanding features of the project. Considering the region's hot climate, the green roof provides thermal insulation, which plays an important role in reducing indoor temperatures. The green roofs, which reduce the heat island effect, keep the roof cool under the sun. Natural ventilation is provided with cross ventilation for all the spaces in the site like cultural center, museum, art center and the library.

Since Hatay is a place rich in solar energy, solar panels were designed to be installed in the area to cover a significant part of the energy need. Roof panels will be mounted on the roofs of commercial buildings located on the square as well as the green platform. 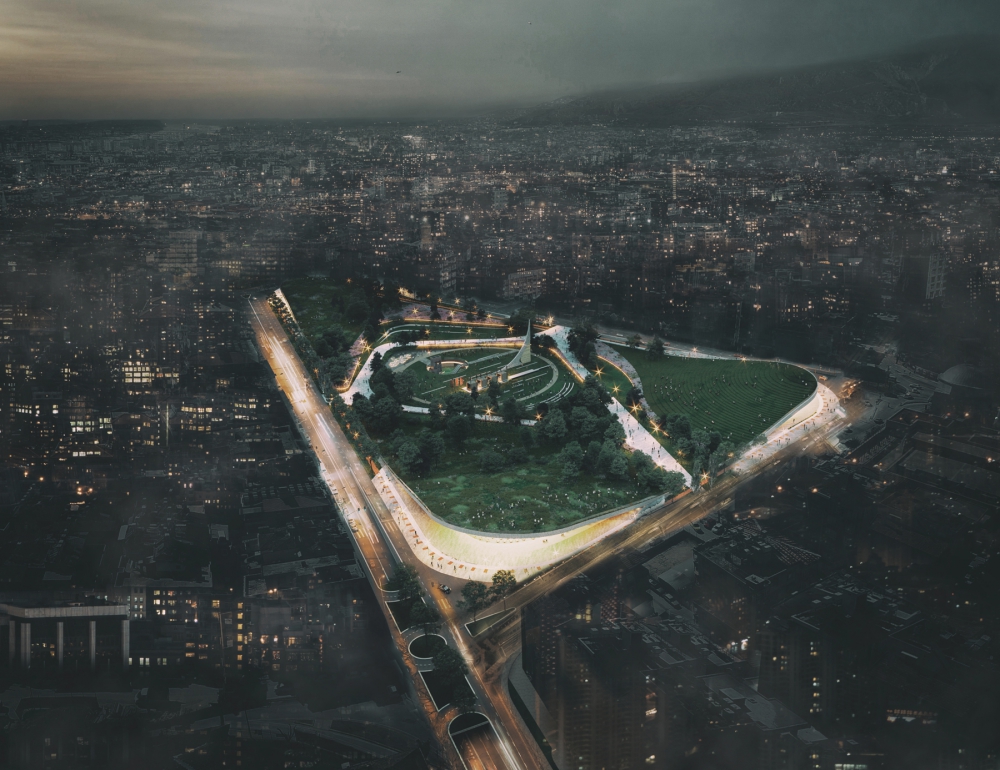 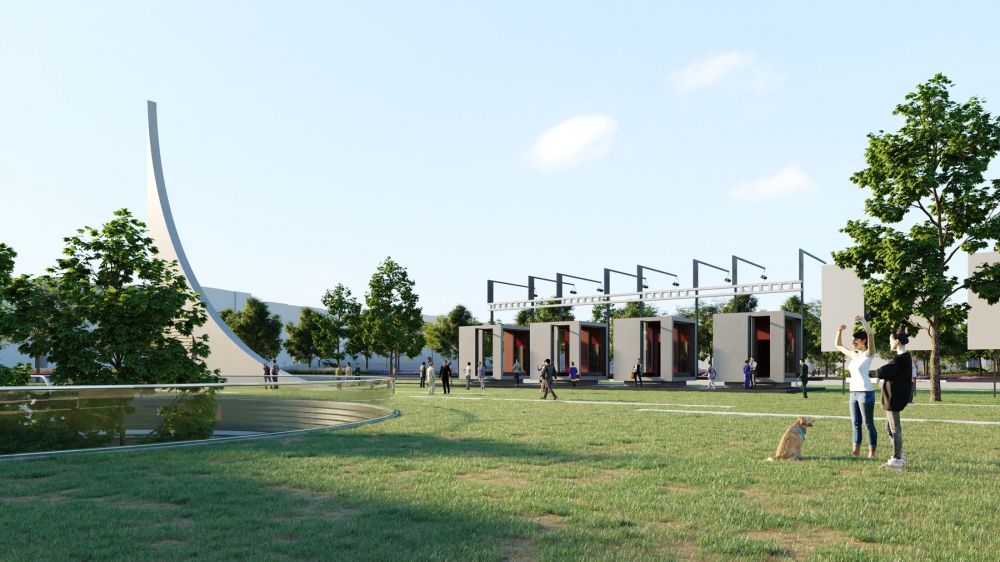 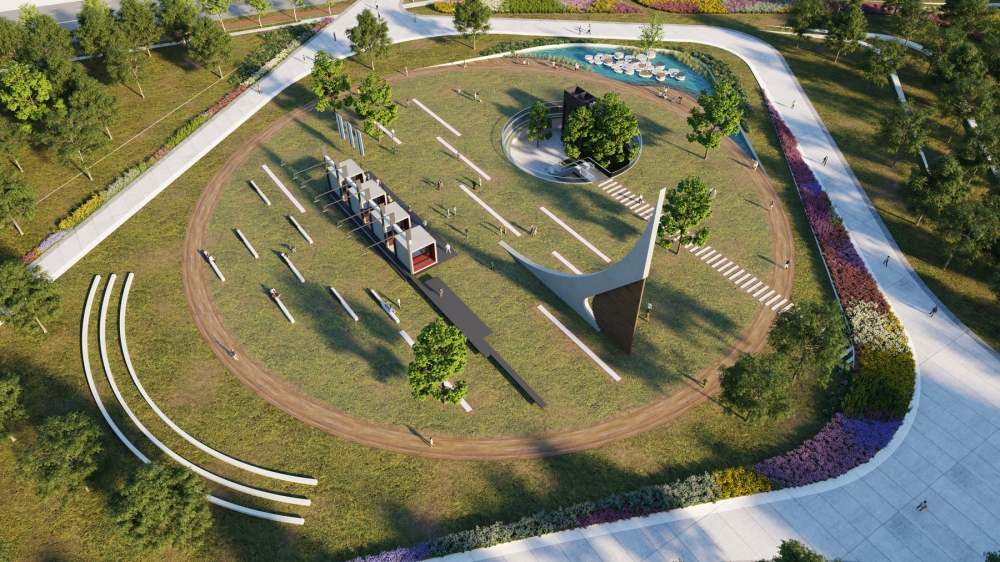 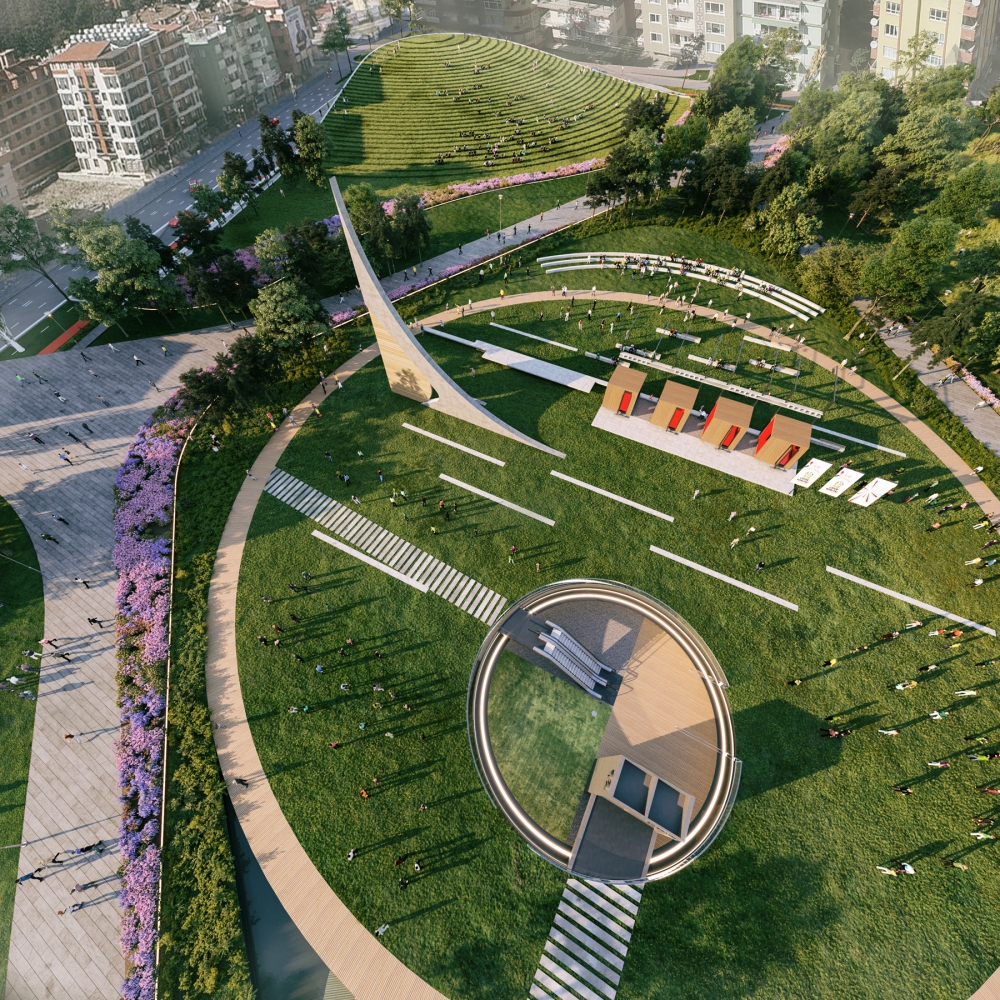 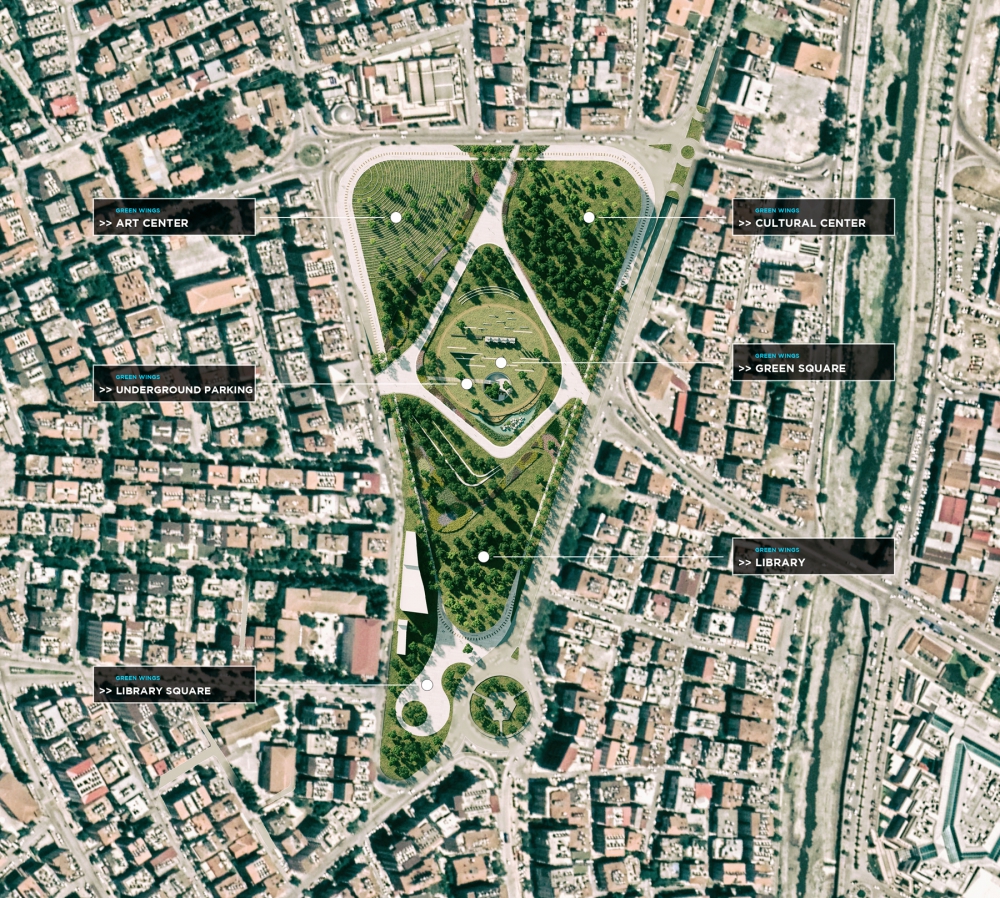