ONZ is selected as one of the 11 finalists for the Wynwood Gateway Par Competition in Florida Miami.

Nature is the powerful force to shape the earth to keep its balance. Besides all that it gives to humankind sometimes it takes back what it offered. These times people may feel desperate against its destruction. Nevertheless we always learn from nature and slowly discover how to cope with its destructive forces. Miami faced two tornadoes in 1925 and 1997. They caused considerable damage but once again they reminded us of our connection with nature and of our duties for the mother earth.

Although we may not control nature in its fury, we can learn how to minimize its effects. In our design for the Wynwood Gateway Park we wanted to raise awareness about these rapidly rotating columns of air and remind people of their responsibilities for the mother earth without the need of experiencing a real destruction. The design is also an attribute to man’s faith and ability to control nature’s destructive forces. In a way the Tornado Catcher is a symbol of our remittent bonds with nature.

For the design of the park the main inspiration source was tornado’s movement pattern and its power to shape the nature. The site is divided into two as natural (park) and man-made (buildings and parking area). Our main idea was to remove the borders between these two and to express that they can coexist without hurting each other.

The hardscape in the park follows tornado’s trail where it touched the ground, thus creating a tornado valley. The green area is located 50 cm higher from the ground as if earth was accumulated to the sides as the tornado splits the site. The green texture as well as the pavement continues throughout the site uniting the park and the parking area on the north. Therefore this clear distinction between manmade and nature dissolves and the two lots blend into each other. This also might be especially valuable for attracting visitors to the park since important pedestrian and vehicle traffic as well as the bus stops are located on the NW 29th Street on the north of the site.

On the two sides of the tornado valley, pebbles and bushes intensify tornado’s impact with their irregular movements in the wind, in this transition zone between the hardscape and the softscape. 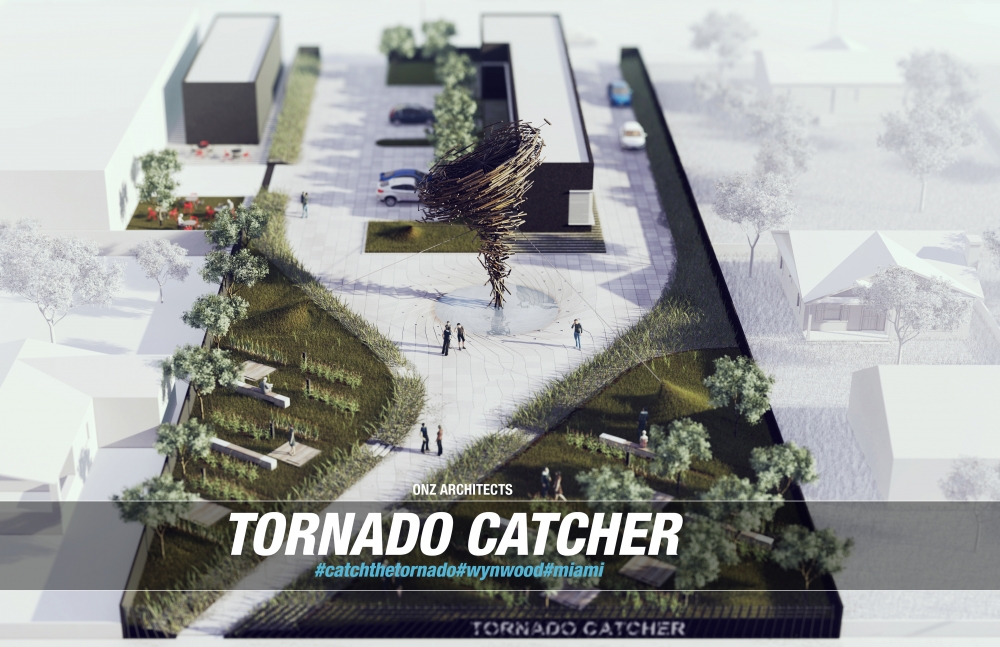 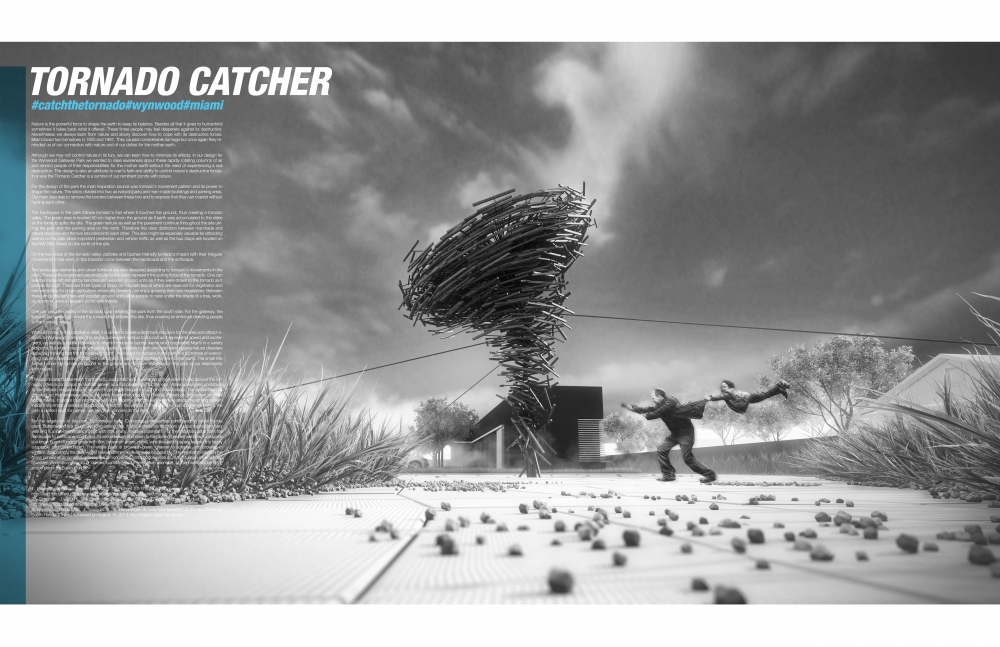 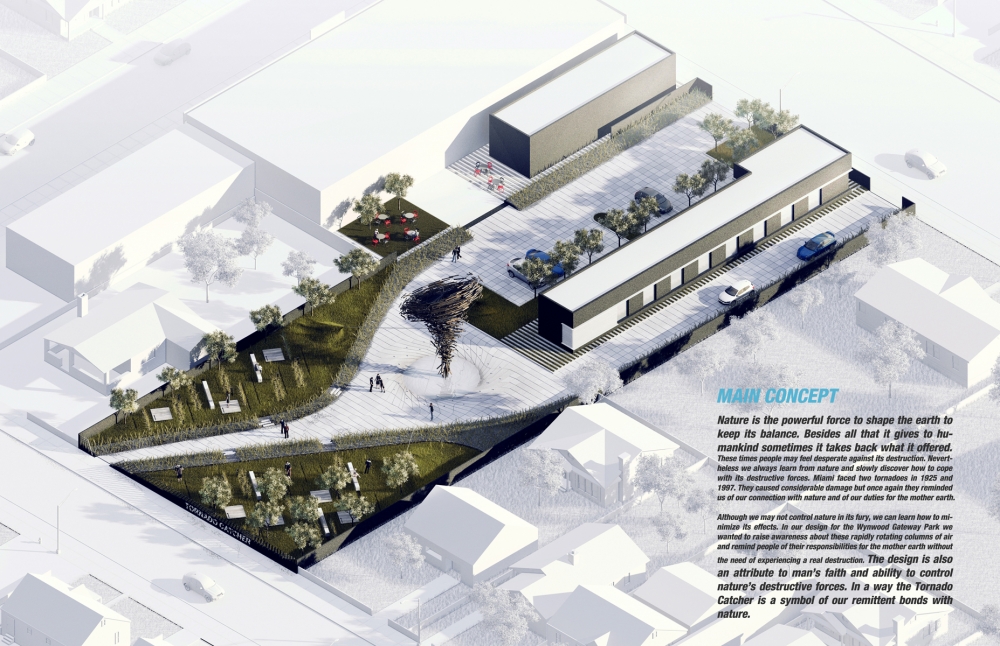 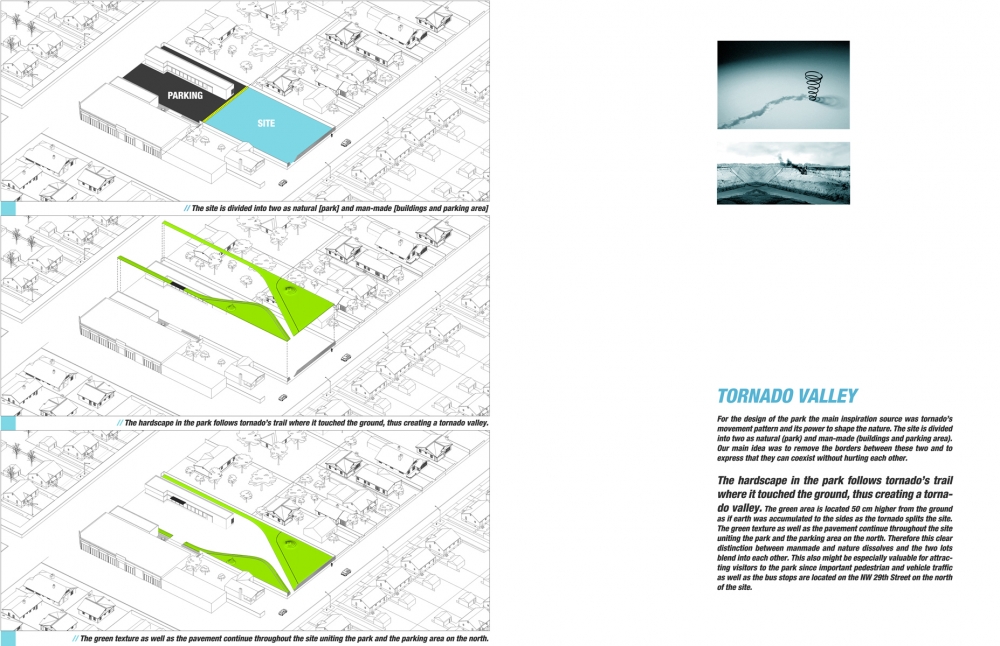 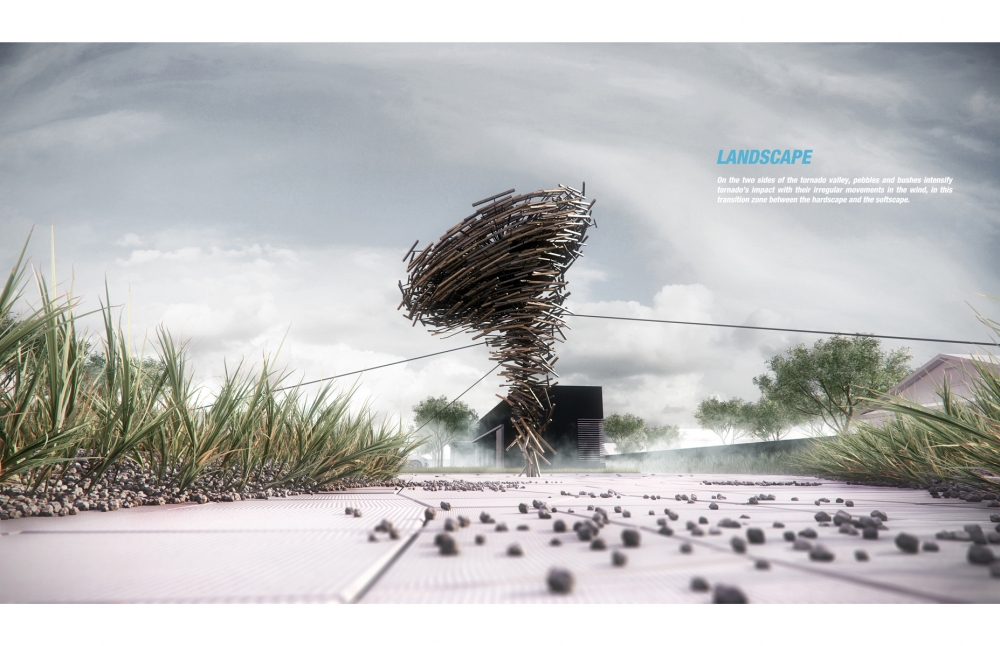 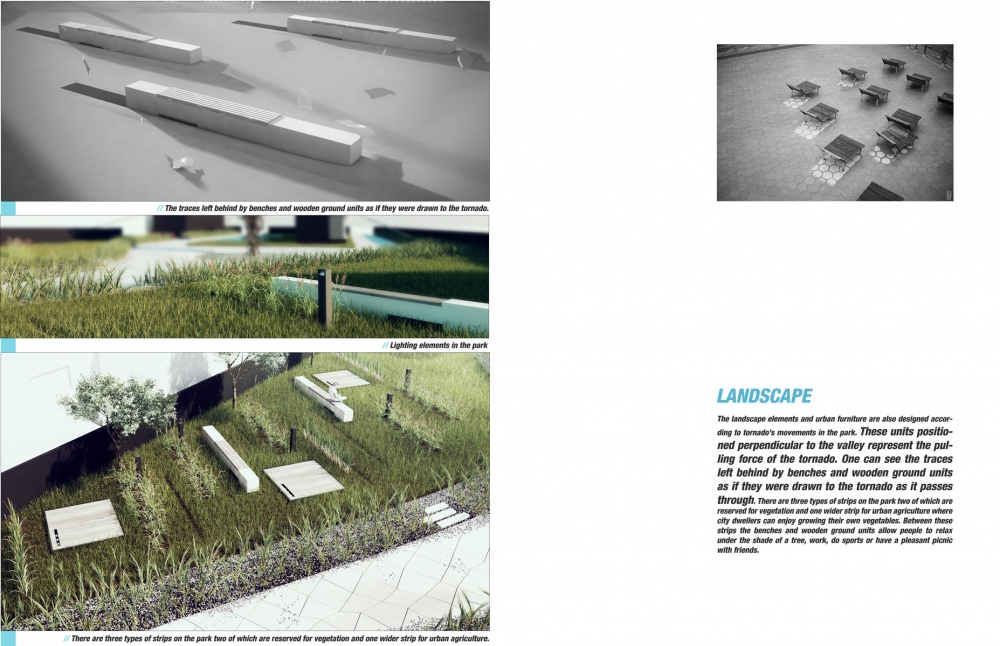 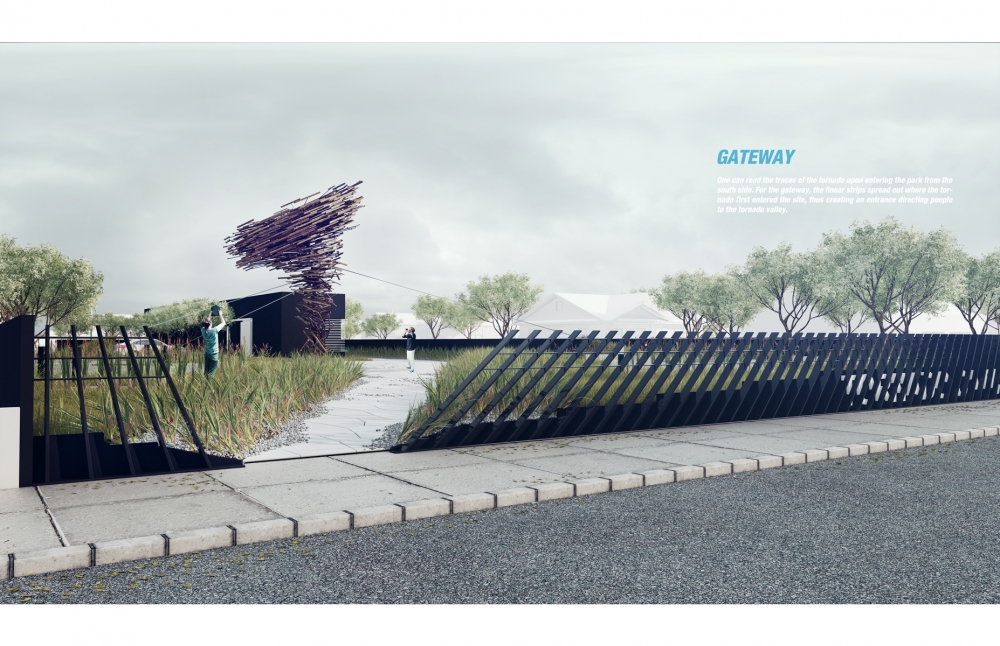 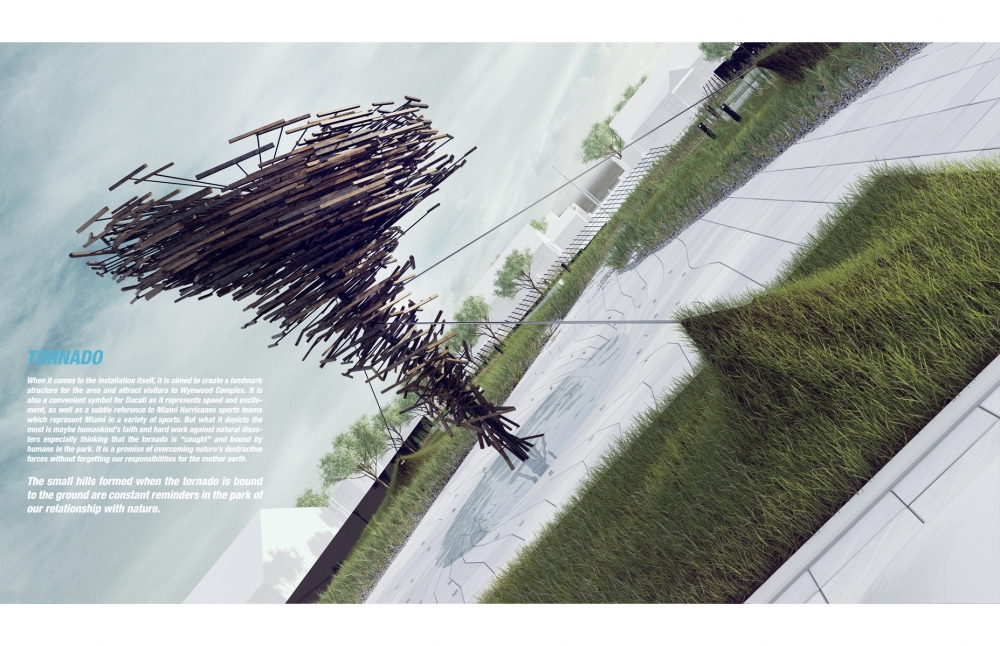 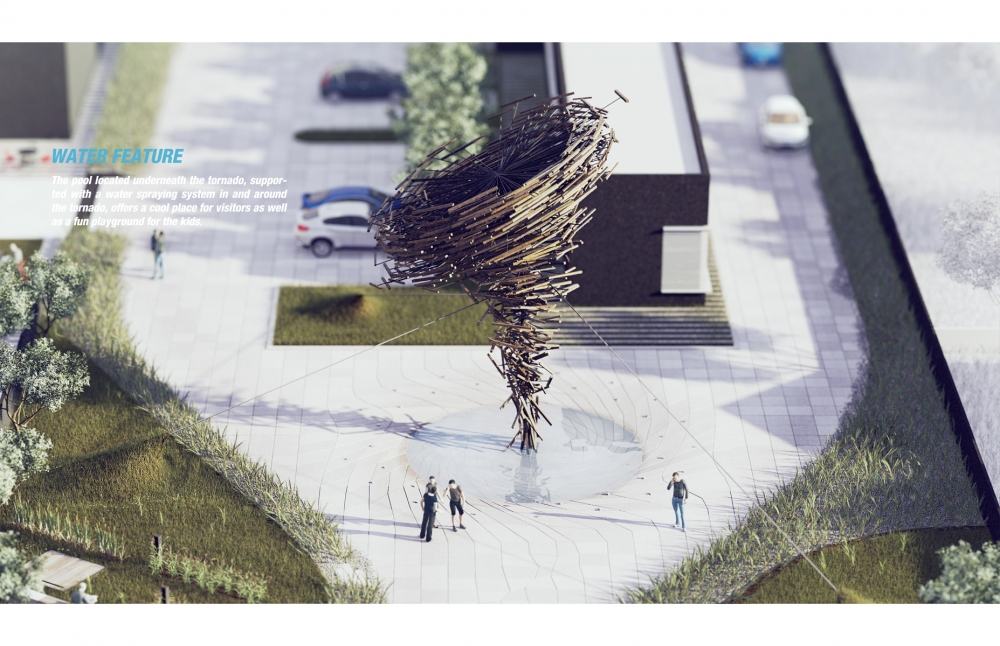 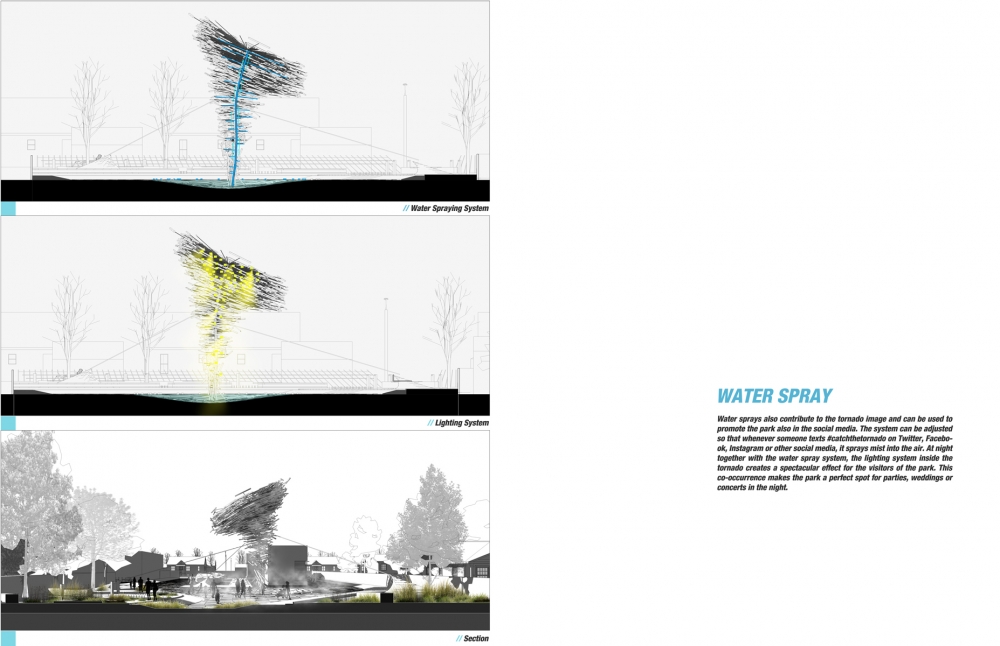 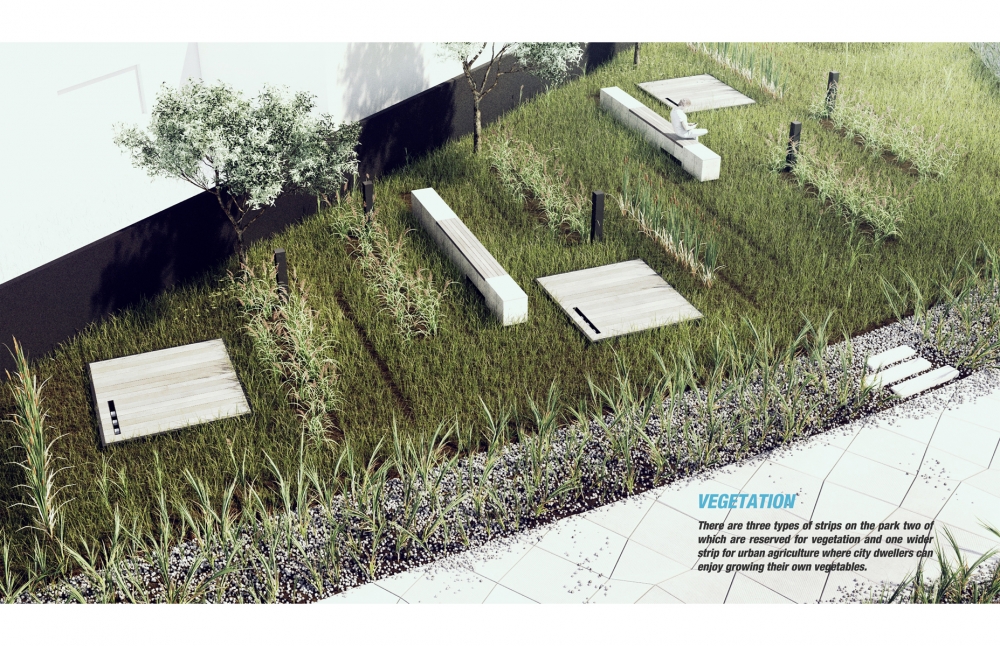 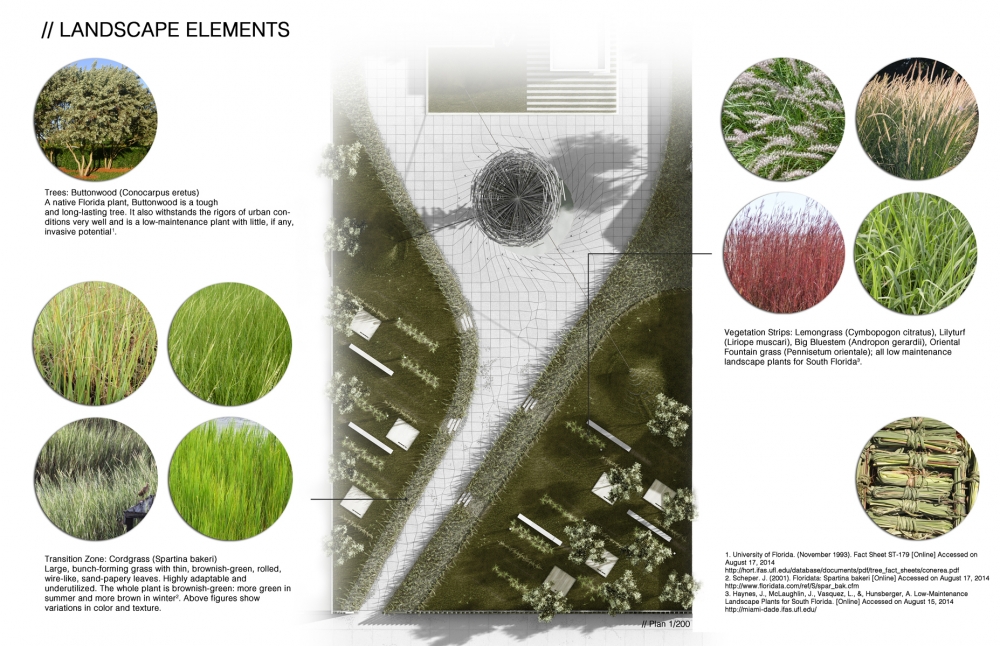 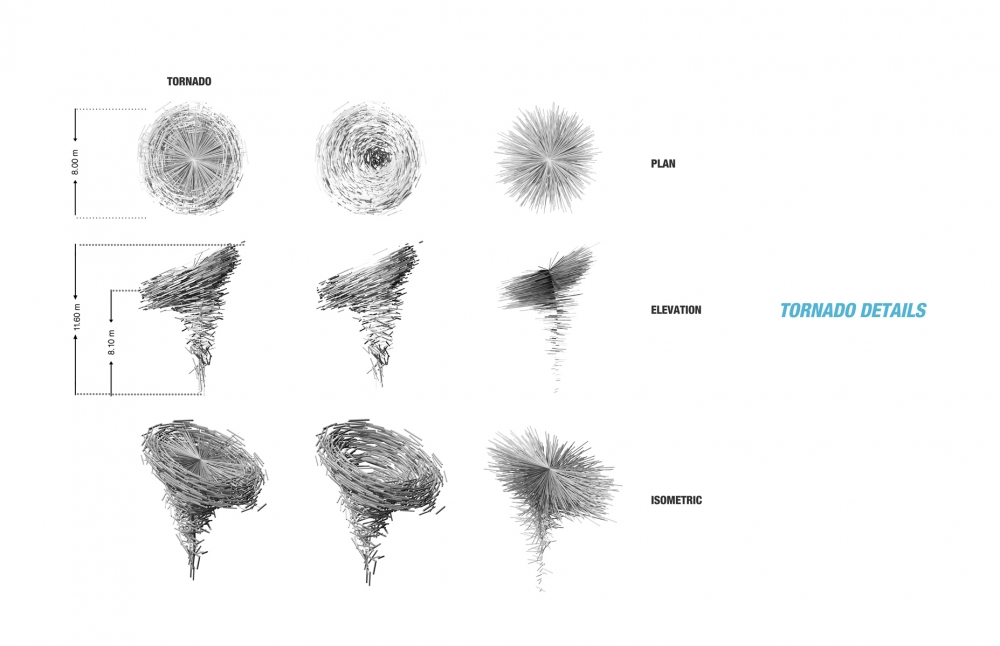 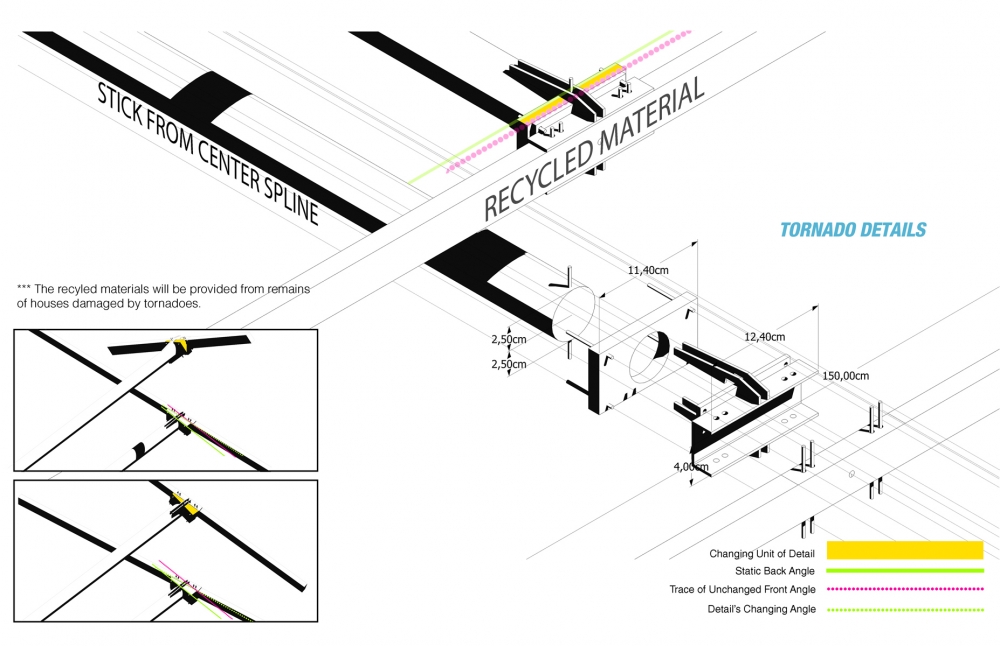