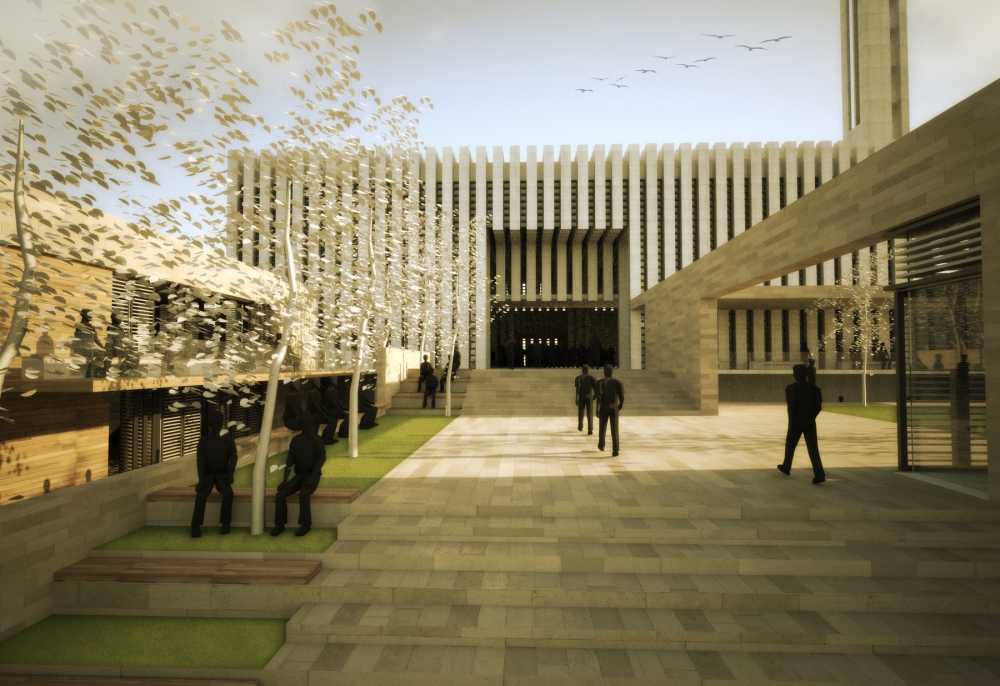 "Green Mosque" is the winner of Green Dot Awards 2012.

"Green Mosque" has been awarded as the first prize in one of the world's most prestigious green awards. 1. Prize - Green Dot Awards 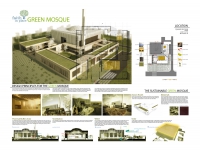 ONZ Architects together with Ziya İmren Architects have been awarded first prize for their design of the Green Mosque Project in "The Building: Problem or Solution?" International Architectural Competition organized by Faith in Place based in Chicago.

Since the Ottoman tradition the mosques incorporate many different functions besides being only a place for prayer. The project team thus decided to design not only a mosque but a religious complex for various social activities and mutual aid.

The mosque complex, composed of the main mosque building, a library, education and lecture halls, accompanied with a "soup kitchen", strengthens the idea of getting together and socializing as a community, with social and cultural activities. Similarly the structure of the dome represents the gathering function of the mosque with its structural units coming together to compose the dome shape.

The complex not only acts as a continuous interaction space but also respects its user’s privacy. The ablution space and the prayer area are separated from the rest of the complex by different levels of entrance. The level difference also enables the gradual transition from public to semi-public and finally to private spaces of the complex.

As the mosque is situated in a humid continental climate it is appropriate to benefit from the rain water and solar properties of the area for a more sustainable usage. Solar thermal cells disposed on the units composing the dome of the mosque, serve as an additional medium for water heating. Green roofs of the library, exhibition hall and lecture rooms contribute to the insulation of the building, and to the improved air quality, helping to lower urban air temperatures and combat the heat island effect.

A mosque necessitates more water than any other religious building because of the ablution ritual before the prayer. In order to reduce the water consumption the project embodies several energy-efficient strategies. The rain water and waste water from ablution is collected so that the purified water can be re-used for watering the vegetable garden on the southern corner / south end of the site, with a high-efficiency drip irrigation system. For the vegetable garden which aims to support the community, corn and potatoes were selected since they are easy to cultivate in this climate and in this geography and also they require less water to grow. The products from the garden can be used to prepare meals for those who are in need, in the community and can be dispatched in the “soup kitchen” which is integrated to the mosque complex.

Another feature that the mosque incorporates to reduce water consumption is low-flow toilets. Again waterless urinals, low-flow faucets and water-efficient plumbing fixtures all contribute to water savings. The water collected from the rain water and ablution water is also used for the toilet flushes.

As for the materials chosen for construction, the project team suggests using materials with recycled content. According to the Wisconsin DNR "approximately 28% of waste, entering the municipal solid waste stream is construction and demolition waste much of which is recyclable or reusable”[i]. Together with the reused materials, the project team considers the importance of using paints, adhesives, and sealants that feature low chemical emissions for the sake of the environment. The use of local materials for the construction and the interior design minimizes the energy spent for transportation thus contributes to the sustainability goal of the project.

[i] recyclemorewisconsin.org/constructionmaterials.php, last accessed on 22.08.2010 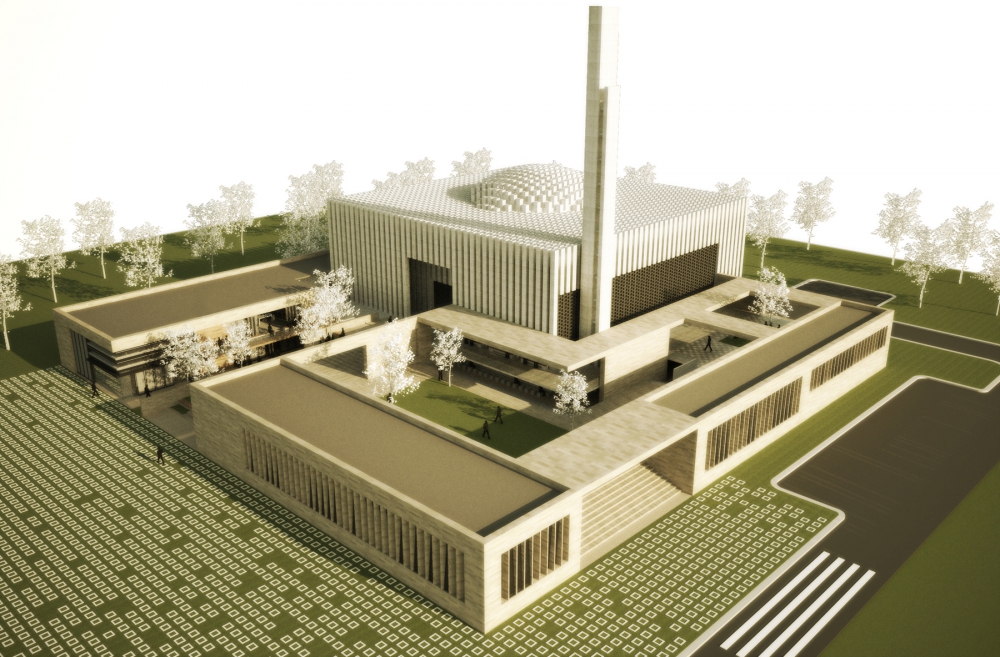 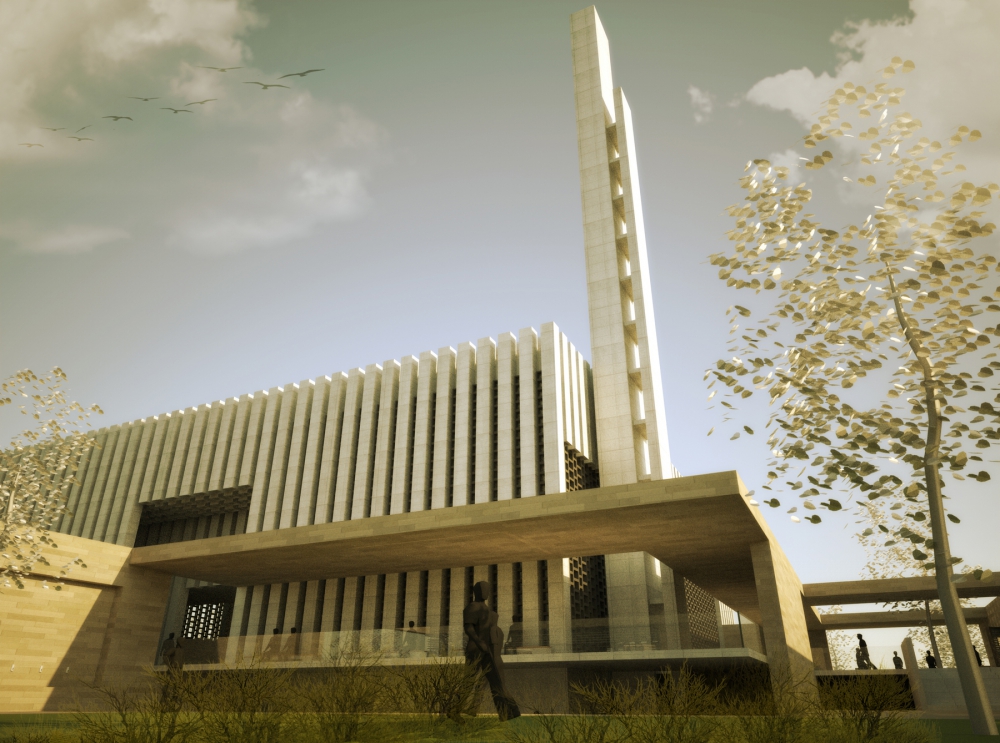 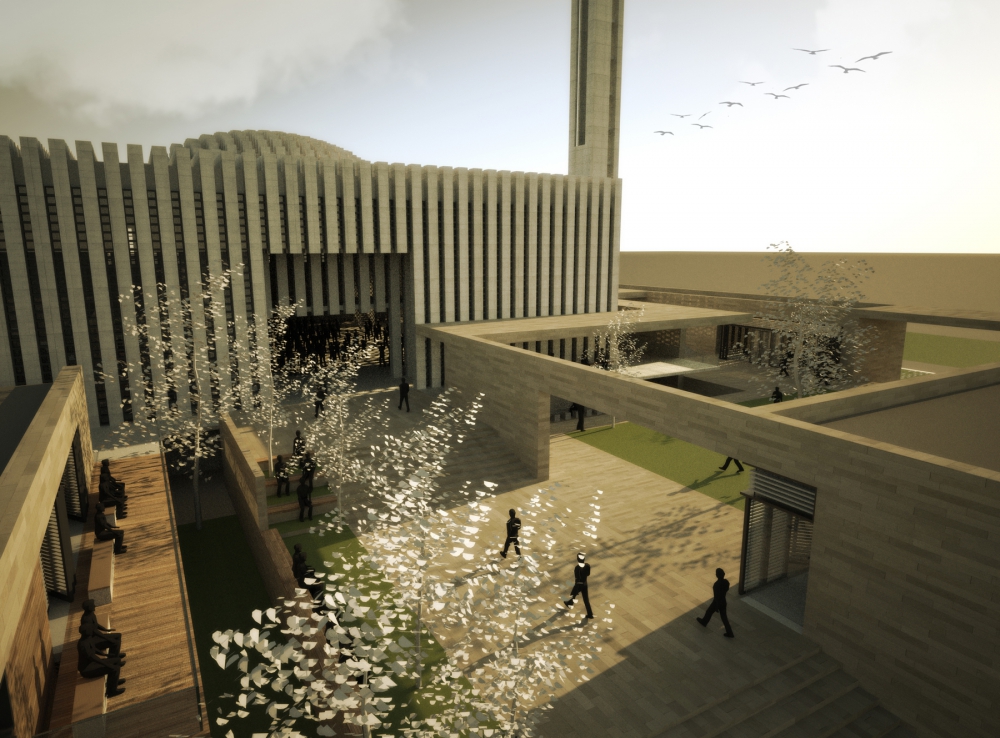 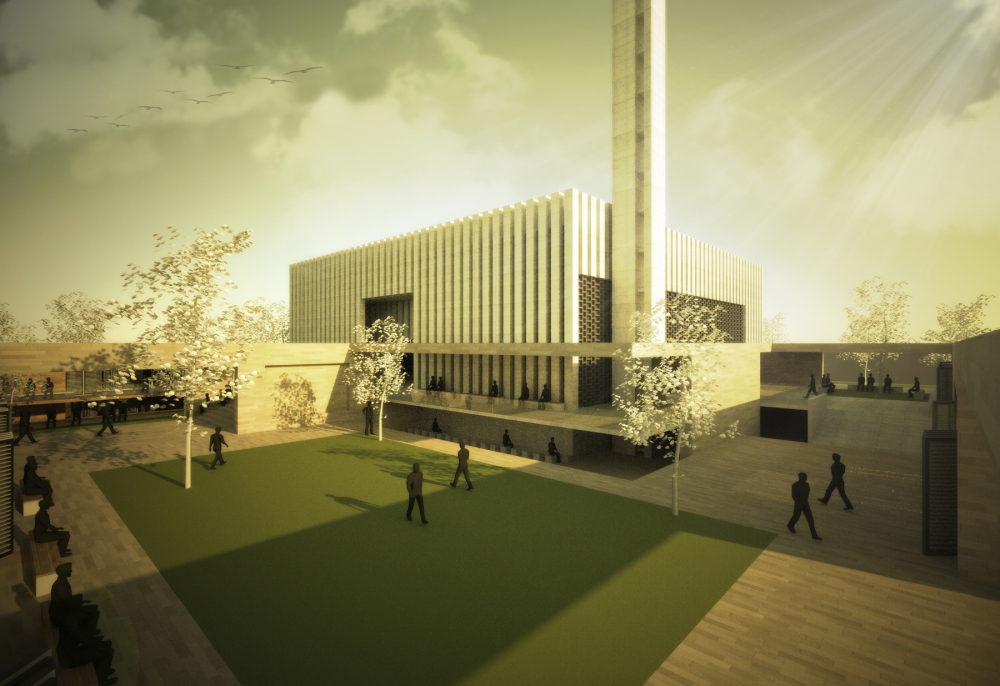