The Mersin Chamber of Commerce and Industry Building proposal has placed itself in an important position for the development of city of Mersin and its surroundings. Located at the intersection of the two main axes of the city, the proposal will play a major role in this new developing urban area of the city.

Due to the space between the intersections, our proposal has lead to pedestrian ways through the building. Climate and temperature data of city of Mersin has shaped the main idea behind the proposed design. As a base of the design, commercial and office spaces are separated with a horizontal volume.

A social interface platform is introduced in-between the commercial and office spaces to generate a variety of activity spaces for the urban dwellers. Due to the hot and humid nature of the region, generating a natural air conditioning system by circulating air through this social interface is one of the important aspects of the design. On the ground floor the typology of the spaces is organized for the commercial needs to have more façades. 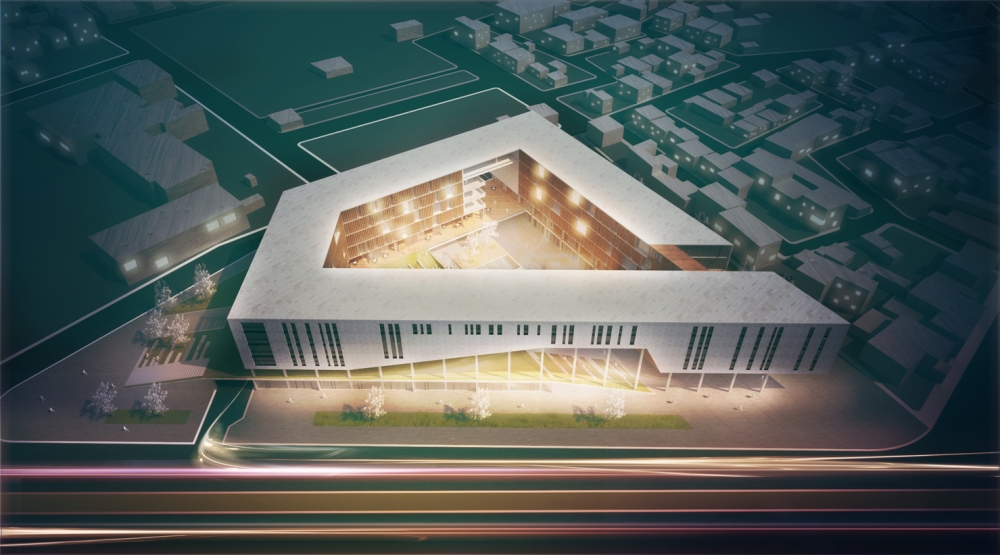 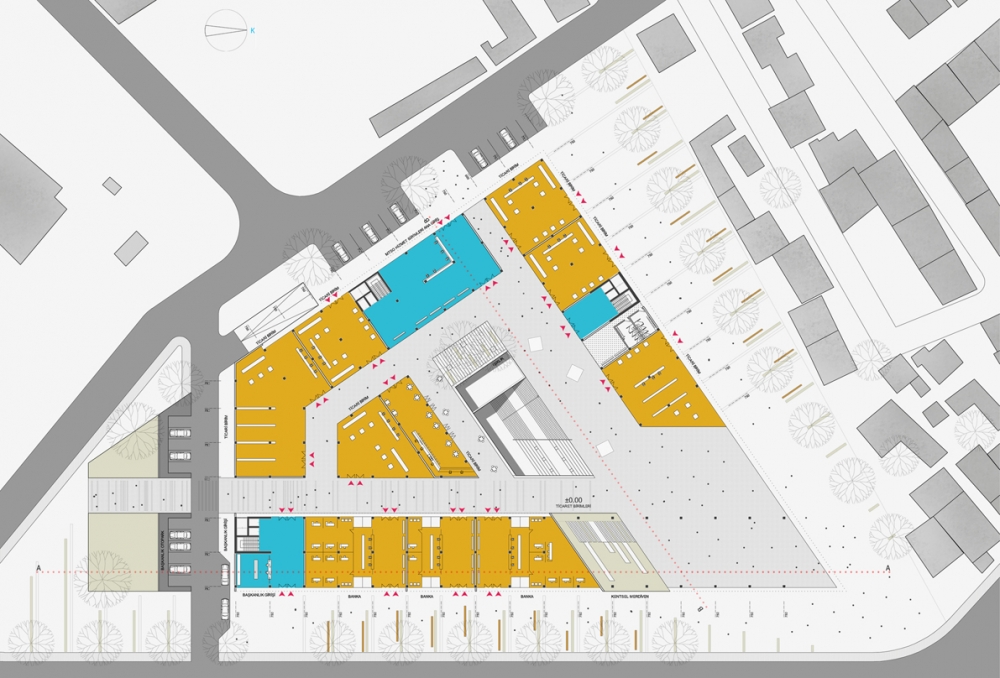